Two new access paths have been cut through from the Aldi site to the Ling Road Pedestrian/Cycle Path. Both are surrounded by high dense vegetation and are almost invisible to cyclists descending the slope down to the Woodthorpe Roundabout. There have already been collisions at the largely hidden path junction at the toucan crossing near Bainbridge Road, and these new junctions are likely to prove more hazardous as riders (many being students rushing to Rawlins Academy in the morning) will probably be travelling at higher speeds.

Local Councillors have been contacted with the suggestion that the vegetation needs to be cut back much more aggressively to provide good sight lines for both those on the pedestrian/cycle track and those leaving the Aldi site. An alternative might be “chicane” barriers with signs for exiting pedestrians warning them to be on the lookout for cyclists.

Councillor Ted Parton has liaised with the property manager of the Aldi retail park and the relevant Highways Inspector for the Loughborough area and it is to be hoped that the situation will be addressed before the surrounding trees and shrubs come back into leaf in the Spring.

This is meant to be a “Safe Route to School” for students from Rawlins, but these hidden paths and the very hazardous crossing at the Woodthorpe Roundabout puts this into question. With the growing volume of traffic accessing the housing estate and Aldi site, it is becoming very apparent that either the junction needs to be redesigned, to slow vehicles exiting the roundabout onto Allendale Road, or a Toucan needs to be installed. 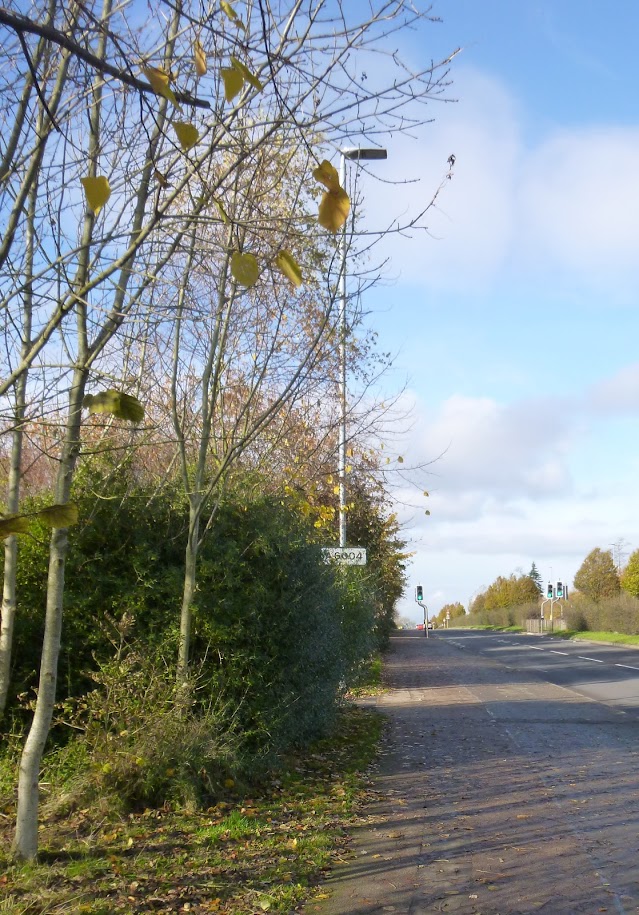 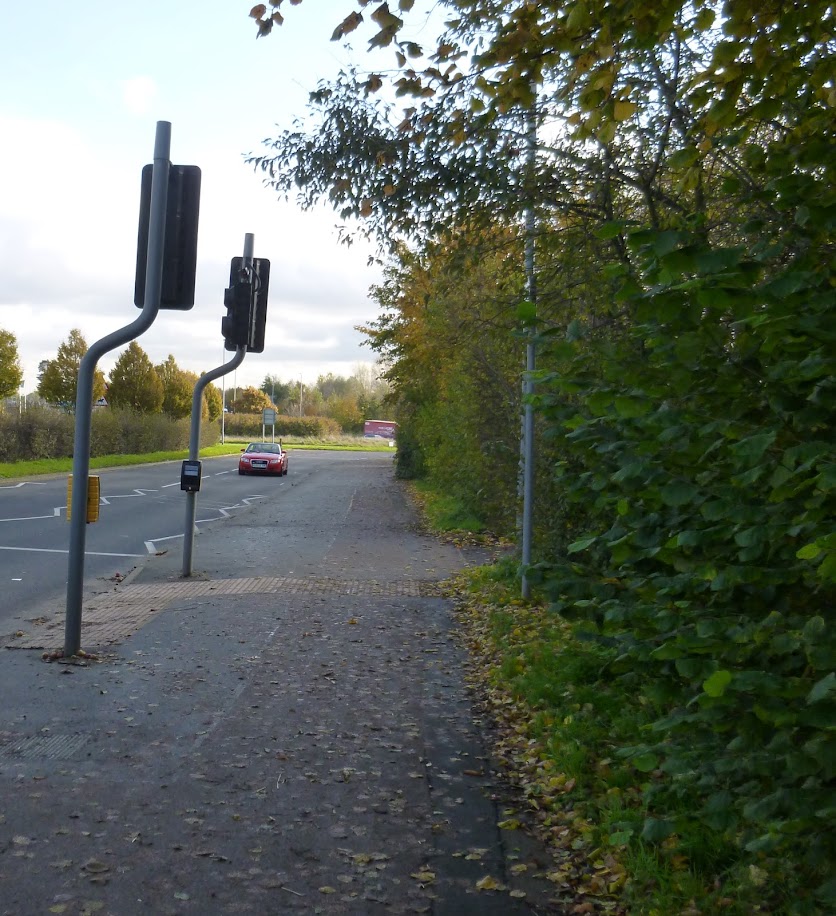 Enfield Council’s cabinet member for environment and sustainability, Cllr Guney Dogan, said: “Part of Cycle Enfield’s plans to help encourage more active travel in Enfield are to provide more secure cycle parking to residents. Our aim is to make cycle parking as convenient as possible.” The Council want to help those who struggle to store a bike easily, such as those living in estates, terraced housing and flats.

Perhaps Charnwood Council could make it a condition for future developments that such facilities be provided and seek funds to make these facilities available for existing flats, such as those in Rendell Street where no provision has been made for residents to store bicycles. 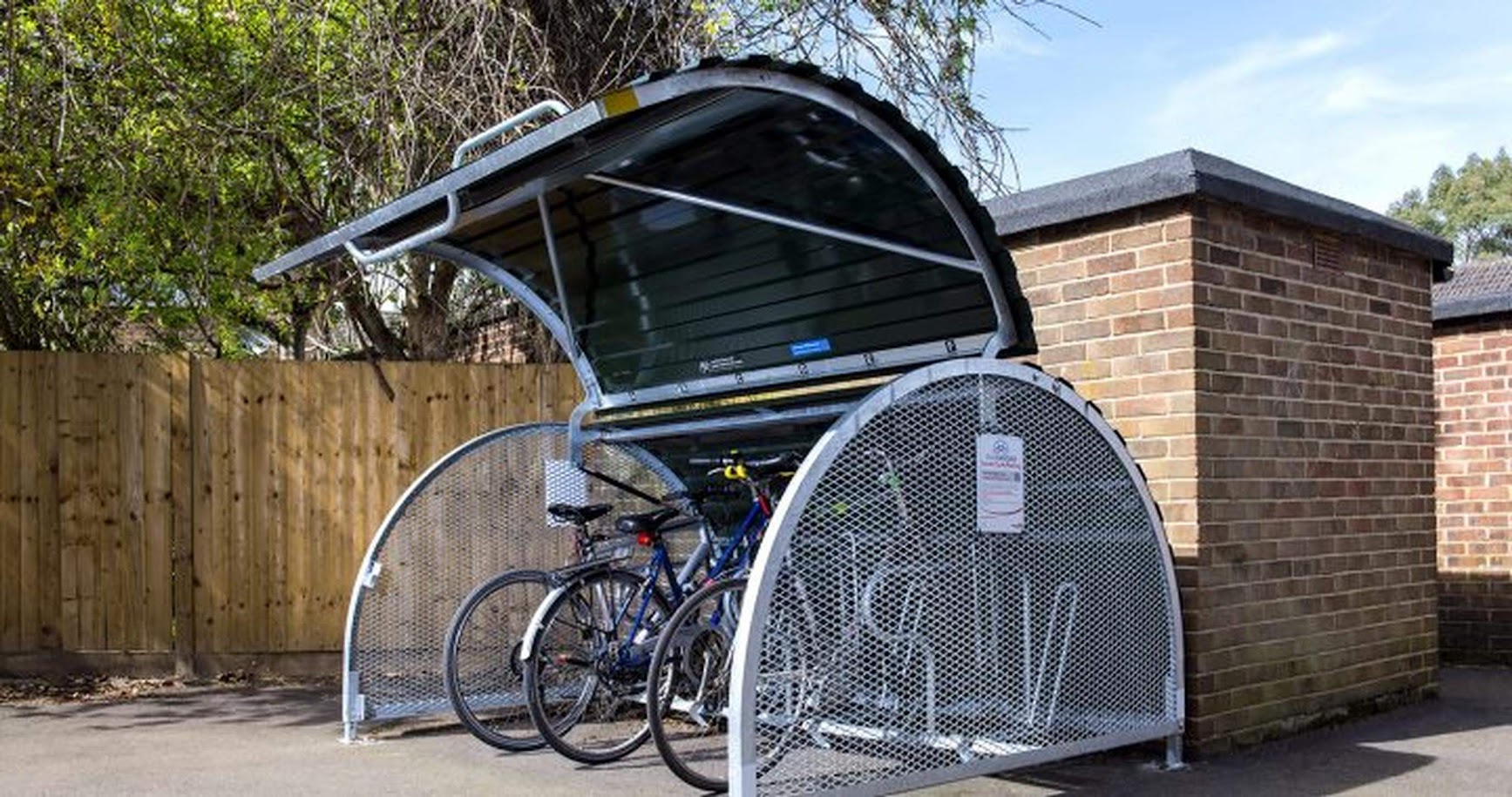 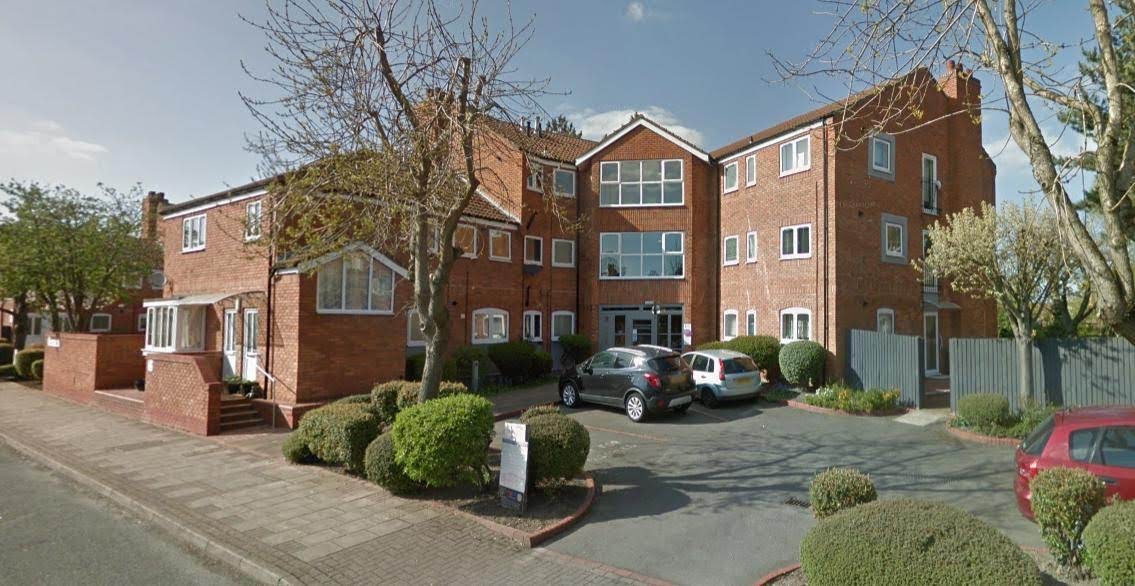 Charnwood Borough Council is currently preparing a new Local Plan which sets the planning framework for Charnwood. It will contain a vision for Charnwood, objectives and a set of planning policies to guide development and investment decisions up to 2036. It will identify locations for development (for example new homes, schools, open space, roads and jobs) as well as the infrastructure required to deliver growth.

A draft version of the Local Plan for consultation can be viewed on the Council’s website at along with the evidence which supports it.

The draft plan is an informal stage in the process which will allow representations to be made and considered before the final version of the Local Plan undergoes further consultation and submission to the Secretary of State.

You can make comments on the draft Local Plan, and the sustainability appraisal which accompanies it, during the consultation period which ends on Monday 16th December 2019 at 5pm.

The Council welcomes comments through its online consultation portal .

If you would prefer to submit comments by email or by letter, or are unable to make comments online, you can email your comments to localplans@charnwood.gov.uk or write to Plans, Policies and Place-Making Team, Charnwood Borough Council, Southfields Road, Loughborough, LE11 2TN.

The Council is holding exhibitions on the draft Local Plan around the Borough and there will be one in Loughborough on Thursday 28th November from 2pm to 7pm at Loughborough Town Hall, in the Beacon Room, at which Council officers will be available for discussion.

Whilst there are a few “nice” words about the benefits of cycling in the documents and a suggestion that it should be encouraged as part of “active travel”, there don’t appear to be any concrete proposals as to how increase cycling levels (and the associated health benefits).

Members might like to suggest that requiring cycle parking provision in all new developments (see above) and designing the road system so that cycling will be quicker than taking the car for short journeys, should be part of the plan.

The Walking and Cycling Alliance, made up of the Bicycle Association, British Cycling, Cycling UK, Living Streets, Ramblers and Sustrans, wants funding for active travel infrastructure and programmes to increase to £17 per person annually immediately, and £34 per person by 2025.

Current funding for cycling and walking is estimated at £7 per person in England, equating to a little over two per cent of total transport spending. The Alliance says the Government also needs to move quickly to confirm funding for 2020/21, and to publish its investment model research which will inform future spending decisions.

Joe Irvin, Chief Executive of Living Streets speaking on behalf of the Alliance said: “Walking and cycling have huge benefits to our health, but also help reduce road congestion, greenhouse gases and air pollution across the UK. The Government needs to double investment in active travel now, not tomorrow. Investment is currently only two per cent of government transport spend – a tiny fraction. The Government has already admitted its current policies will only deliver a third of what is needed to meet its cycling target. The Government needs to raise its ambition on walking. The last three years’ figures show that it’s realistic that the average person can walk at least once a day, so we believe a target of 365 journeys a year is achievable.”

Highway Code should be rewritten

Based on an article on the Cycling UK website

Reviewing the Highway Code was one of Cycling UK’s main calls in their response to the Government’s consultation on cycling and walking safety last year.

In November the Government confirmed it would do this to improve safety for cyclists and pedestrians. Since then, the conversation has broadened to include vulnerable road users generally.

This raises the question of how you define a vulnerable road user. Are you vulnerable because you choose a particular mode of transport and, if that’s the case, are you then partly to blame? Couldn’t you just dump the bike and jump in a car? Or are you more vulnerable on foot or cycling because you are more likely to come off worst in the event of a collision, so you’re just more vulnerable to what others may or may not do?

The root of the problem is that too many people have historically looked at road safety by simply looking at casualty statistics, without factoring in the risk that different road users present to each other. That leads to the situation where everyone in the media could tell you the name of the cyclist who caused the death of a pedestrian in 2016, without being able to name any of the drivers involved in the 445 other pedestrian deaths that same year.

Rather than helping to move road safety towards reducing road danger, the Highway Code currently frames road safety in a vacuum where the consequences of discouraging active travel and its public health benefits are ignored.

So Johnny’s mum doesn’t let him walk to school any more and replaces that trip with a car journey, making the road in front of the school even busier during the school run, putting off Sarah’s dad from letting her cycle to school… and on it goes, because we don’t have a culture or a Highway Code that adequately protects the most vulnerable. Rather, it seeks to equate users regardless of the threat they impose or their level of vulnerability.

On Sunday 22nd December (10.30am to 12-30pm) cyclists from miles around will meet for refreshments in the warm. There is a tombola in aid of Rainbows Children's Hospice. Volunteers are still needed for this year’s event. If you can help please let John Catt know. All welcome.